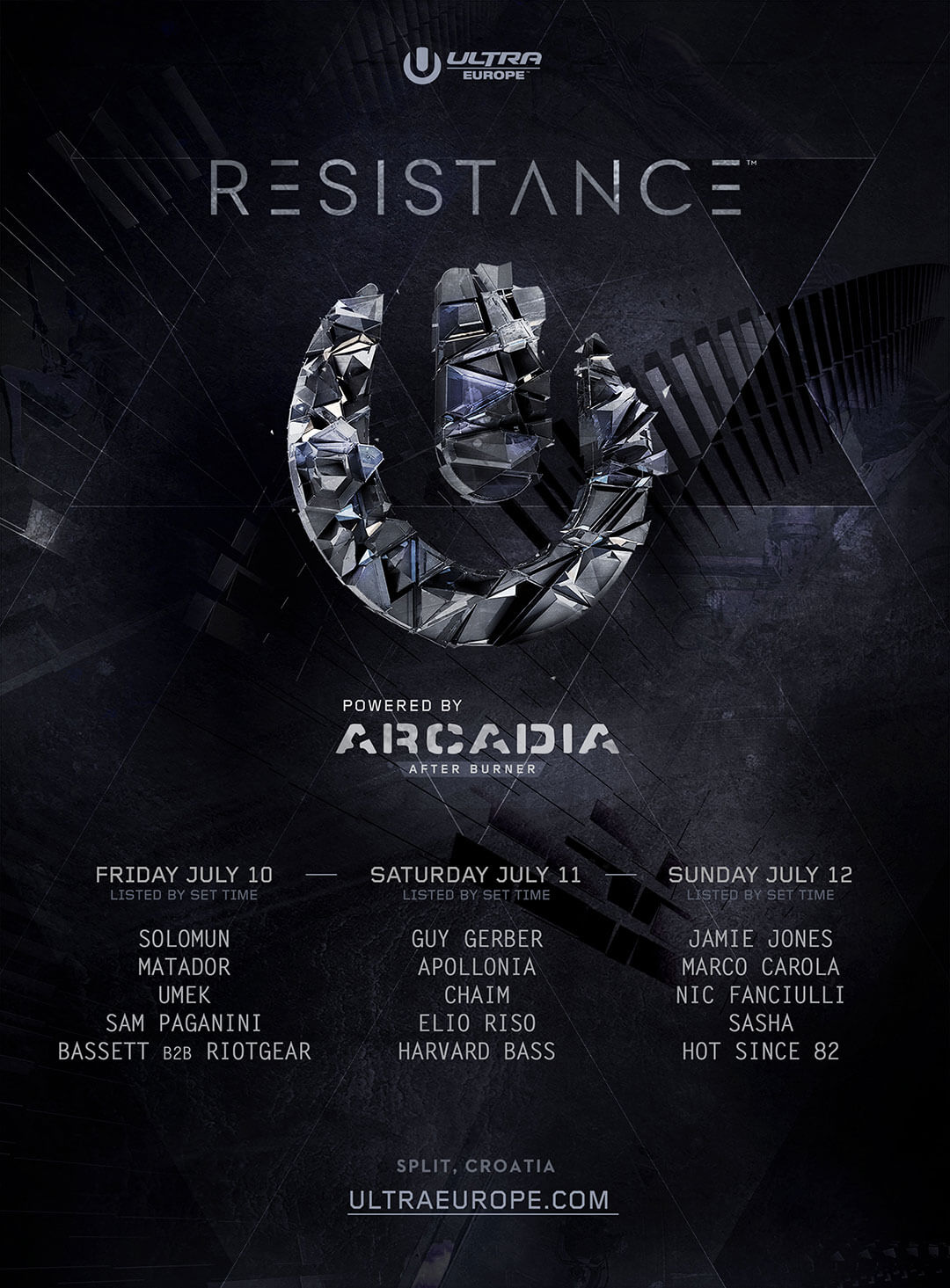 ULTRA WORLDWIDE’S iconic RESISTANCE concept will be landing in Croatia for the first time ever this year, as a selection of the world’s finest DJs prepare to take over one of the most visually immersive stage designs around.

From Friday, July 10 to Sunday, July 12, ULTRA EUROPE’S RESISTANCE Stage will play host to the likes of Apollonia, Guy Gerber, Hot Since 82, Jamie Jones, Marco Carola, Matador, Solomun, Nic Fanciulli, Sasha, Umek and many more, all of whom will be providing fans with a fully enveloping sensory experience like no other.

For further info, head to resistancemusic.com