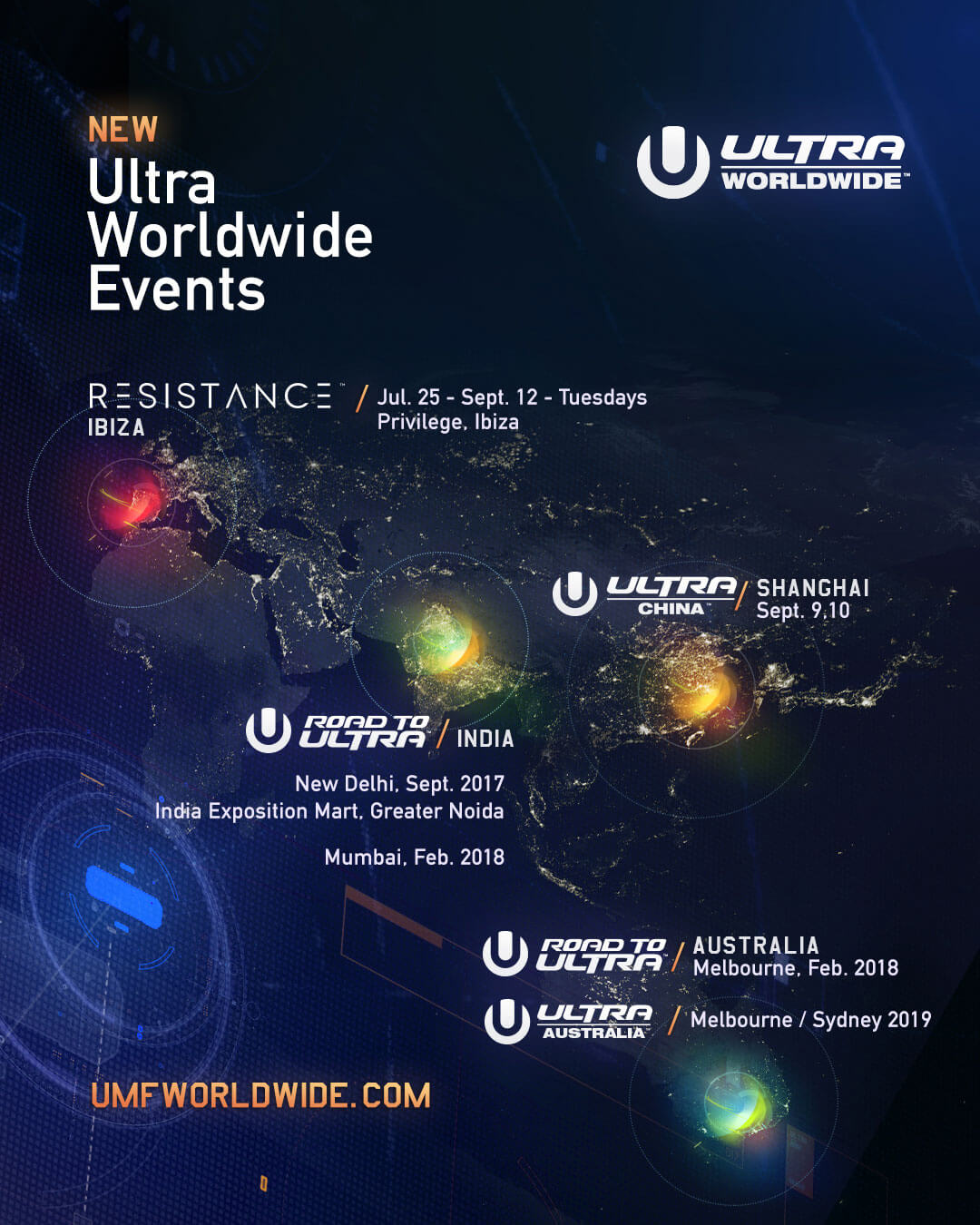 ULTRA WORLDWIDE, the international arm of the World’s Premier Electronic Music Festival, ULTRA MUSIC FESTIVAL, confirms it will be entering at least three new territories, with even more to be announced.

Having already united twenty countries across five continents since embarking upon its global journey in Brasil, the world’s most international, independent music festival brand is adding Australia, China and India to its unmatched international repertoire.

On September 9-10, 2017, ULTRA will land in Shanghai for the first ever edition of ULTRA China. A full-blown two-day festival, this will mark the first time an independent and international festival brand produces an event of this magnitude in the region. Details regarding the venue, tickets and lineup will be released soon at umfchina.com.

In addition to ULTRA China, brand new Road To ULTRA events will be landing in New Delhi, India at the India Exposition Mart, Greater Noida this year, and Mumbai, India and Melbourne, Australia in February, 2018. Following the first event in Melbourne in 2018, organizers can also reveal that full-scale festivals will then be touching down in both Sydney and Melbourne for 2019. More details will be released over the coming months.

This huge announcement comes off the back of the recent news that ULTRA WORLDWIDE’s burgeoning house and techno brand RESISTANCE will be heading to Ibiza for an eight week residency at the world’s biggest club, Privilege, this summer, with an exclusive six-week residency spearheaded by Sasha & John Digweed. The brand’s first official foray onto the island, RESISTANCE will run every Tuesday from July 25 until the official closing party on September 12. More details and artists will be revealed in the coming weeks. For tickets and further info head to www.ResistanceIbiza.com

For full details on all ULTRA Worldwide events, visit www.umfworldwide.com

For full details on all RESISTANCE events, visit www.ResistanceMusic.com