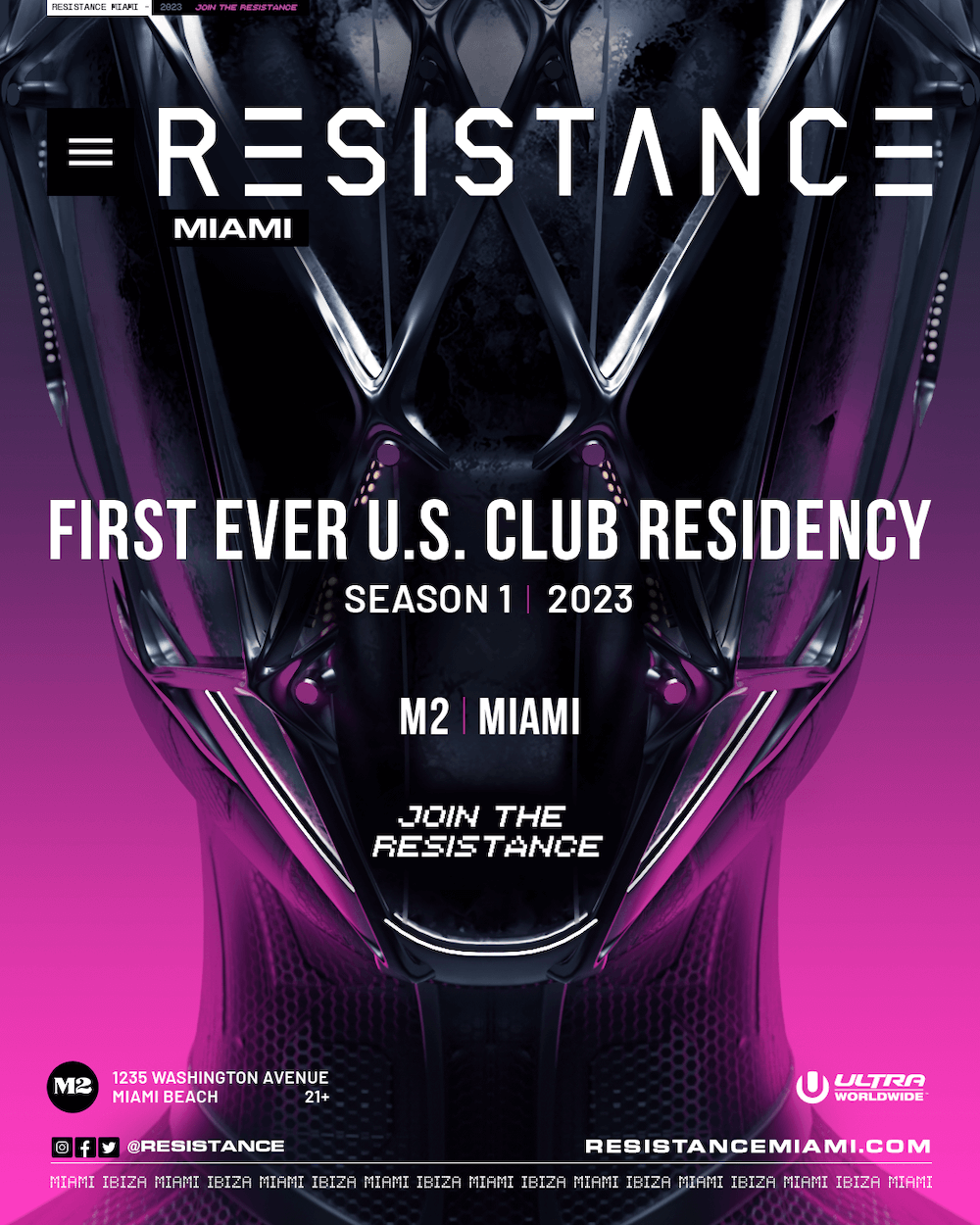 RESISTANCE Miami will launch in 2023, showcasing the world’s most in-demand house and techno talent at M2

RESISTANCE has ballooned into a globe-trotting powerhouse of underground curation since its inception in 2015, from programming stages at Ultra events in 35 cities internationally, to organizing tours across Latin America. In 2017, RESISTANCE debuted its first-ever residency in Ibiza at the world’s largest nightclub Privilege, and has since welcomed house and techno heavyweights including Carl Cox, Adam Beyer, Sasha & John Digweed, Joseph Capriati, Jamie Jones, and Maceo Plex to name a few. The following year, RESISTANCE Ibiza was awarded the coveted title of ‘Best Ibiza Night 2018’ by DJ Awards in its sophomore season.

Following three banner years in Ibiza, Ultra has announced the 2023 launch of RESISTANCE’s inaugural U.S. club residency in the festival’s beloved hometown of Miami Beach. RESISTANCE Miami will showcase the world’s most in-demand house and techno talent at M2, the newly-minted nightclub in the heart of the Art Deco District.

Since launching in New York City in the ‘00s, M2 has remained a storied part of nightlife history. Now in M2’s newest iteration, the illustrious brand will open its doors in one of the world’s premier clubbing destinations. This historic location has entertainment engraved in its DNA, dating back nearly a century to when it housed The French Casino in 1935. The space also played host to Prince’s own iconic club Glam Slam, which he helmed from 1994 – 1997. Joining the ranks of other famed nightlife hotspots that have taken up residence at 1235 Washington Avenue – including Club Z, Club 1235, Paragon, Level, and Mansion until it closed in 2015 – M2 is sure to deliver unforgettable musical moments in the heart of Miami Beach.

Stay tuned for more announcements via the RESISTANCE Miami website.