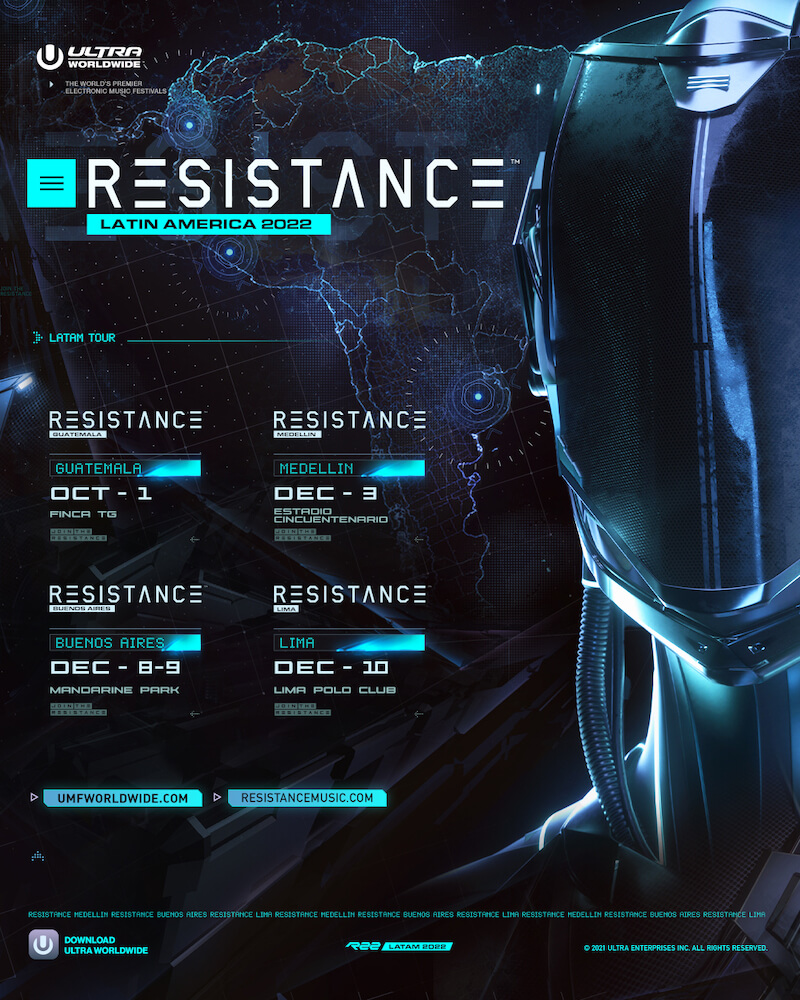 ULTRA Worldwide’s esteemed underground concept, RESISTANCE, is rounding out 2022 by showcasing the most in-demand house and techno talents across Latin America.

After a stellar edition of RESISTANCE Guatemala which took place on October 1 and featured mesmeric sets from headliners Joris Voorn and Rodriguez JR., RESISTANCE has announced lineups for its December events in Buenos Aires, Medellin, and Lima. 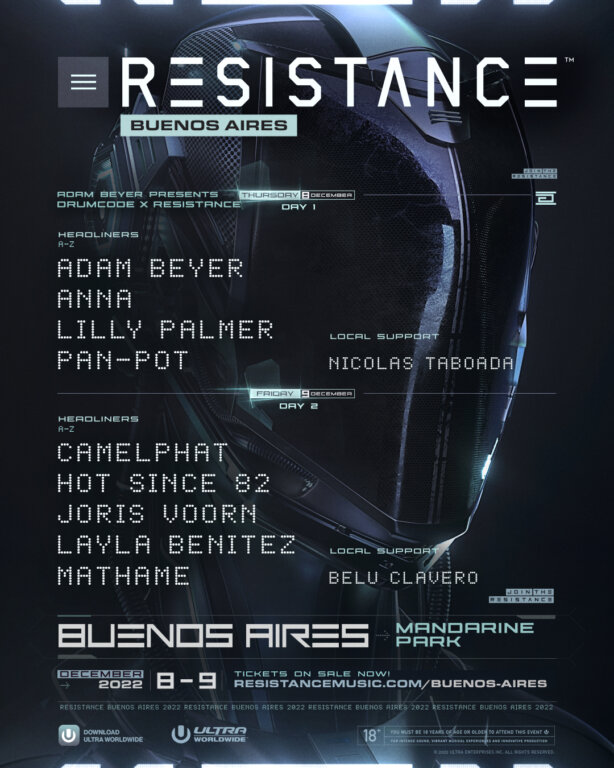 Day 2 will feature headliners like Camelphat, Hot Since 82, Joris Voorn, and Mathame

RESISTANCE Buenos Aires has remained a staple in the RESISTANCE circuit since 2015, when the Argentinian capital hosted the first-ever RESISTANCE stage. In the years following, RESISTANCE has evolved into the globe-trotting underground event concept with installments on all six inhabited continents.

Founded in 1996, Adam Beyer has developed Drumcode into one of the most recognized techno labels in the world over the last few decades. Consistently one of Beatport’s top selling labels, Drumcode has delivered unrelenting releases from a variety of international acts in addition to hosting a number of label showcases around the globe.  The forthcoming crossover between Drumcode and RESISTANCE will offer techno fans a once-in-a-lifetime experience. 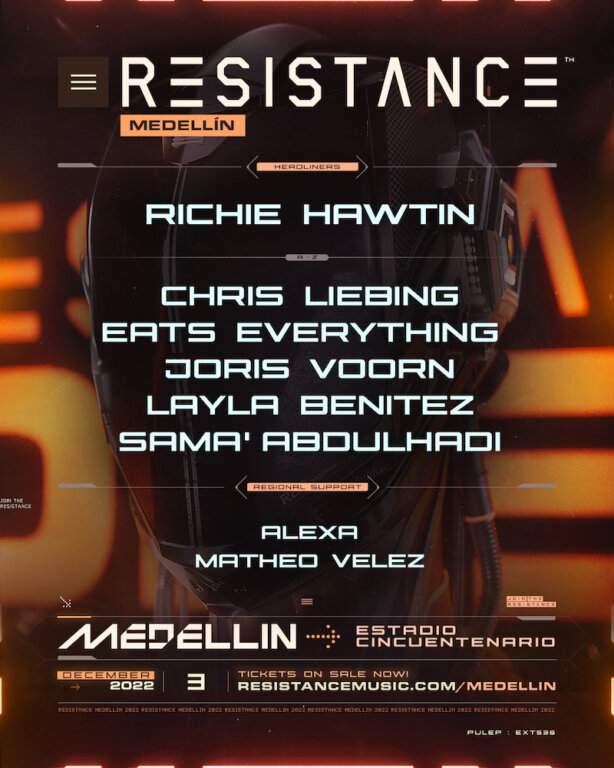 RESISTANCE Medellin will take place on December 3, 2022 at Estadio Cincuentenario and feature a debut performance from Richie Hawtin

Since the inaugural event in 2017, RESISTANCE has recruited house and techno heavyweights for one of the most elite electronic music events that Medellin has to offer. Previous lineups included the likes of Adam Beyer, Sasha & John Digweed, Paco Osuna, Nicole Moudaber, Seth Troxler, Charlotte De Witte, Dubfire, and more. 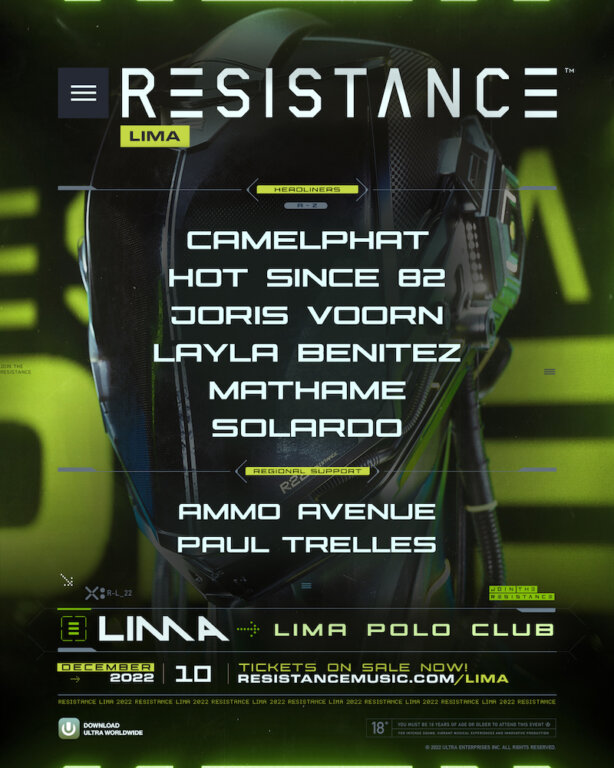 Lima holds an important place in RESISTANCE’s history, having hosted the first standalone RESISTANCE event back in 2016. This upcoming edition will mark RESISTANCE Lima’s fifth edition overall as it finds a new home at the Lima Polo Club.

Marking a slew of monumental milestones for the RESISTANCE brand, the Latin America tour will close the year on a high note. Each event promises to be an exciting chapter for RESISTANCE while leaving fans patiently awaiting the full lineup for Ultra Music Festival’s 23rd edition in Miami next year.